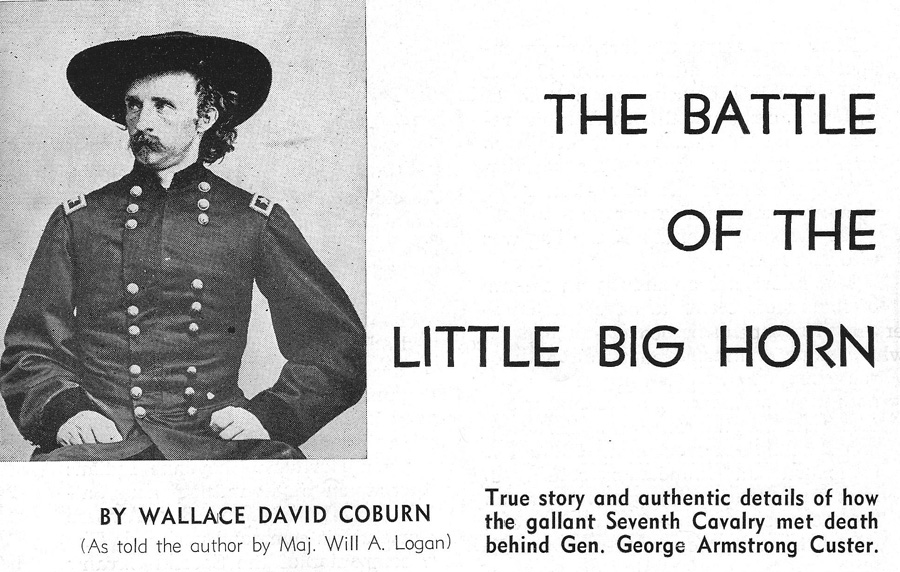 One of the articles in the Summer 1956 issue of Montana: The Magazine of Western History was a reprint of a 32-page booklet that was copyrighted in 1936 and presented with permission of the widow of its author, Wallace David Coburn. “The Battle of the Little Big Horn” was an account of a story told by Major Will A. Logan (below) who had been the superintendent of the Agency at the Belknap Indian Reservation in Milk River, Montana, and who had just been named the first superintendent of the new Glacier National Park, a position he held in 1911 until his death in 1912. 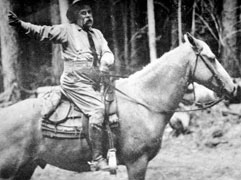 Logan told his story to a small group with the admonition that it be kept secret, but he further instructed that “on the death of Mrs. Custer this story must be given to the public.” Libbie Custer died in 1933, so the story was kept secret for over two decades.

As with most accounts of the battle, mistakes are apparent throughout the narrative. In addition, this narrative is similar to “Sole Survivor” accounts in that it is questionable if Logan was even there. Logan stated he was 17 years old at the time of the battle, but he was born in 1856, which would have made him 20. He said he was a scout for the Seventh Cavalry but that his father, Captain William Logan, had him transferred to Gibbons’ command prior to the battle. He claimed that General Terry sent him out into the night on June 25th with instructions to find Custer and deliver new written orders and information about their movements.

To make a long story short, Logan claimed to have been the first white man to witness the aftermath of the battle. He said he witnessed the celebrations of the Indians and heard intermittent firing from the area now known as Reno-Benteen. When asked of the condition of George Custer’s body, he replied, “Stripped naked, scalped, mutilated, and with more arrows sticking in him than in the body of any other man on the battlefield, with the possible exception of that of his brother, Colonel Tom Custer.” While the condition of George Custer’s body as described is likely, other details, such as saying they had they “met their doom with smoking rifles and dripping sabers in their hands,” are known to be false.

Logan ended his story with a tribute to the “last man.”

Like the flame of a coal blazed his eyes. His teeth glistened like a fighting grizzly, while from his lips a war-cry came that was weird and strange, making the marrow thicken. In his right hand gleamed a cavalry saber, his left gripped the butt of an empty six-shooter.

Hurling the revolver into the face of a big brave, the white man then commenced to cleave his way through the line. With lightning strokes the saber flashed, dealing sudden death to three more of the bolder braves.

Back rolled the red waves of desperate red fighters, leaving the white brave alone for an instant . . . he looked up at the red sun . . . laughed and said something . . . then laughed again as the red tide swept back over him stilling his courageous heart forever.

His slayers claimed that they never touched his body for he was so brave that they wanted the signs to remain . . . to show others how this warrior of warriors had fought and died.

Who was the last man according to Logan?