Thanks to Philip Sheldon and his family for sharing the program for the 1898 Cadet Officers Dance held at the University of Wyoming in 1898 when Captain Charles A. Varnum was there. 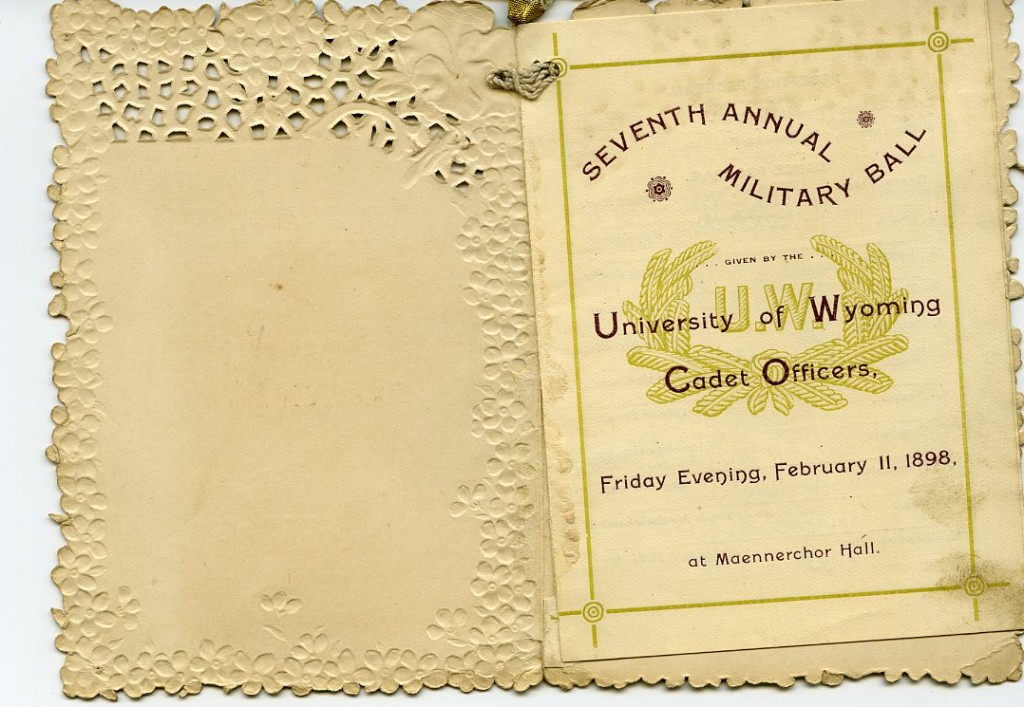 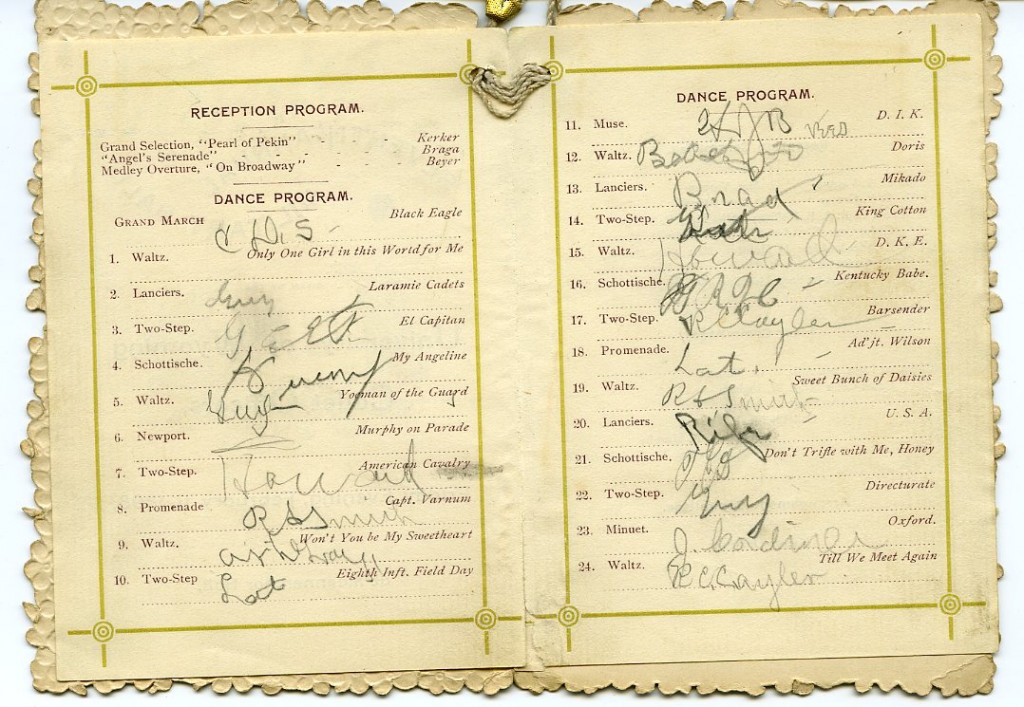 Cadets signed up to dance with the young women (above). Charles Varnum and his wife were on the Reception Committee (below). 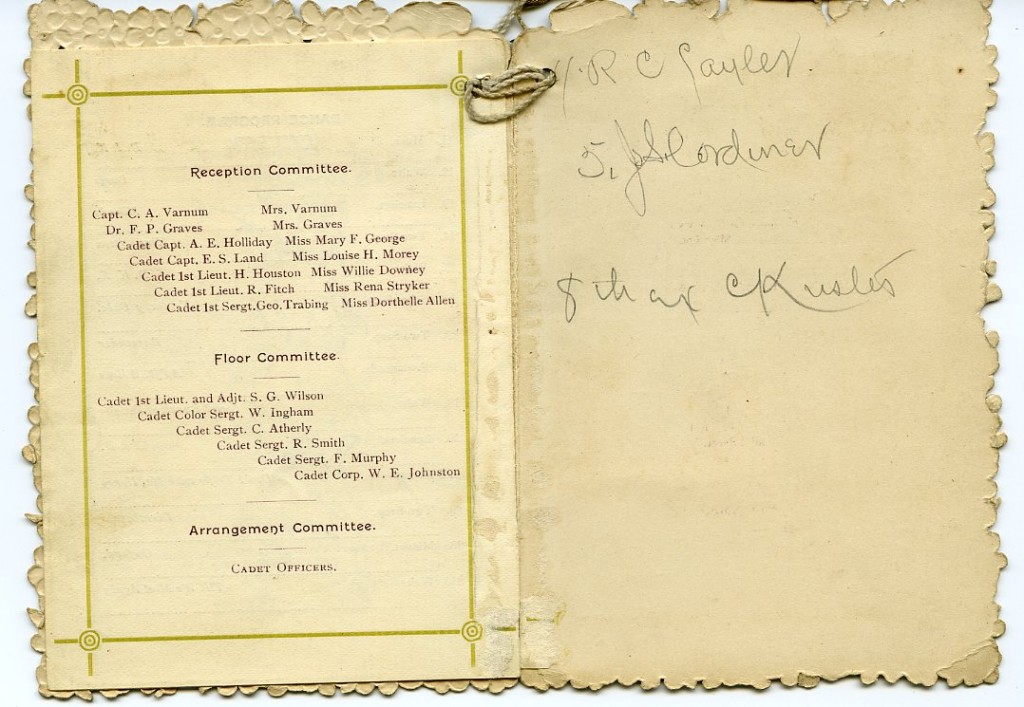 This item belonged to Philip’s grandmother Bessie, who was the daughter of George C. Crager, a well-known scout during the Indian Wars period. Bessie was born in May 1882, so she would have been almost sixteen at the time of the dance.

Bessie attended the dance with her mother, Mary Elizabeth Lee (“Mollie”) Willoughby Crager Schalk, whose marriage to Crager had ended in 1882. She married C. F. Schalk in 1888. However, she reverted to the name Crager in the mid-1920s and, upon her death in 1939, she was buried as Crager.

Mollie was the younger sister of Jim “Kid” Willoughby who was a headline performer with Buffalo Bill’s Wild West Show. Jim Kid probably made at least one show tour with his brother-in-law, George Crager.