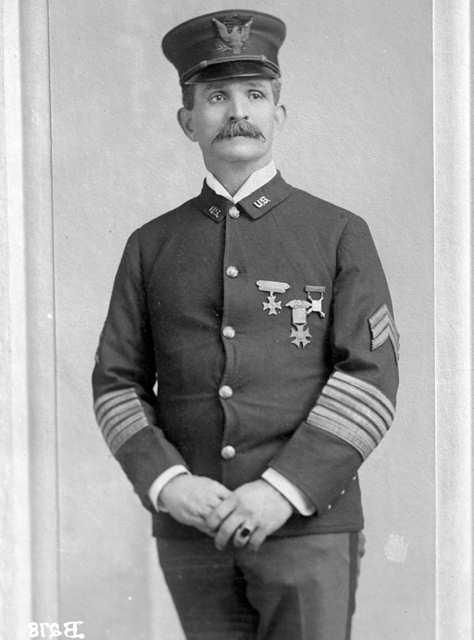 Trumpeter John Martin (Giovanni Cristostimo Martino) in a photograph taken by D.F. Barry shortly before or after his retirement from the U.S. Army in 1904.  Martin’s uniform bears six service stripes corresponding with his thirty years of continuous service and three medals.  The latter likely relate to his expertise with particular weapons such as marksmanship and sharpshooter.

From Pat Ditch, a great granddaughter, and Seventh Cavalry records, we know that he had hazel eyes, dark hair and stood 5’ 6”.  In many accounts, he is described as bright and cheerful, an amazing trait in consideration of the many wars he experienced.

Leonardo Solimine has discovered that Martin’s Italian surname may have been Martino rather than the long-accepted Martini. Read his exceptional biographic essay here.