Lieutenant Edward Maguire of the U.S. Army Corps of Engineers reached the site of the Battle of the Little Bighorn on the morning of June 27, 1876. In his Annual Report dated July 10, 1876,  he tells the story of the Seventh Cavalry from the day they left Fort Abraham Lincoln on May 17 through the initial burials. His was the first official report of the battle, and his four conclusions have stood the test of time. 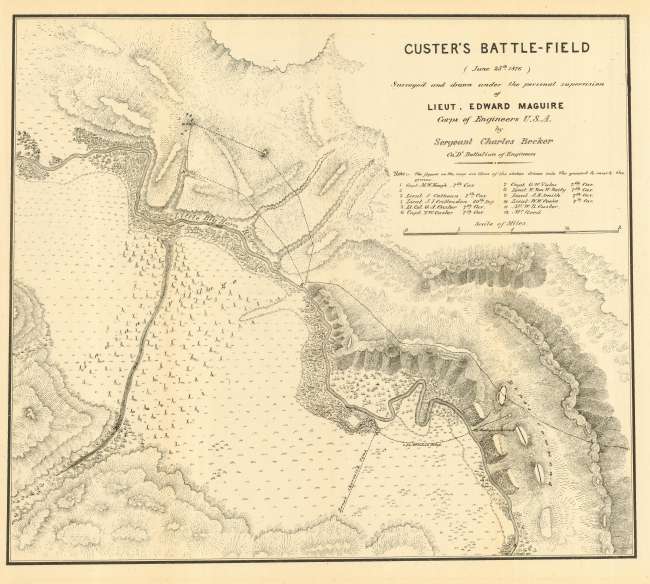 Within the published report was a map drawn by Sergeant Charles Becker at Maguire’s direction that measures approximately 17.5 inches high by 15 inches wide. In order to see the markings more clearly than shown above, the map has been scanned as four images of  high resolution. You may wish to save and print the four quadrants at actual size (select “landscape” for the orientation) and piece them together. The four sections are not perfect, but they should serve the purpose of viewing the map and its markings while reading Maguire’s report. You should be able to zoom in on them if you prefer not to print them.